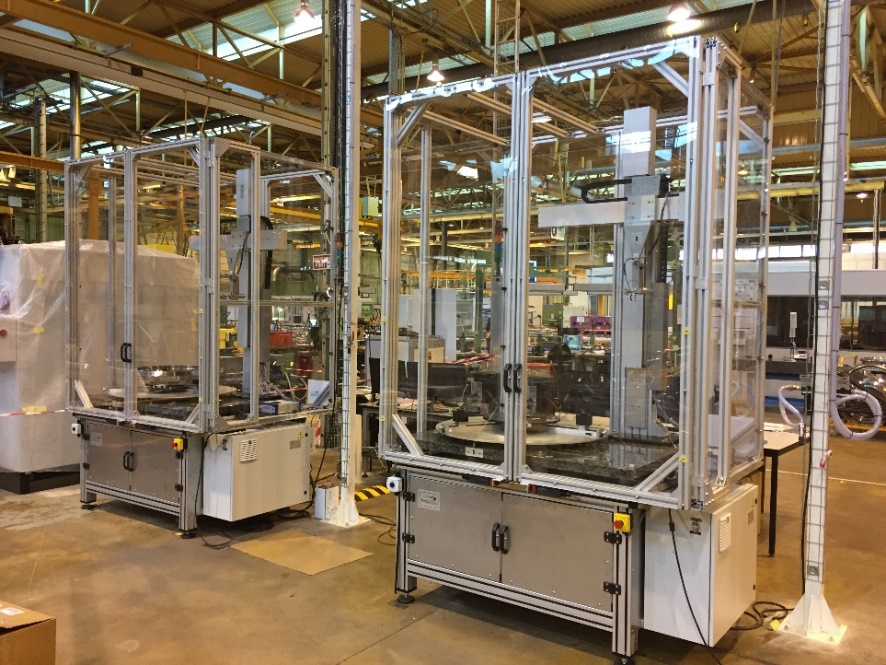 Aero-engine disc components such as; bearing rings, fan and compressor discs are typically inspected at different stage of manufacturing from their pre-formed to final machined shape. Engine bearing are among components that are inspected at different manufacturing stage, from dimensional controls to the detection of the tiniest surface flaws on rolling surfaces (bearing raceways). Complementary NDT technologies such as ultrasonic, liquid penetrant and eddy current testing are used for flaw detection. One of the challenges for the inspection of these parts arise from the part’s geometry and complexity. To meet such requirements, high performance Automated NDT Testing Systems and Equipment are required. 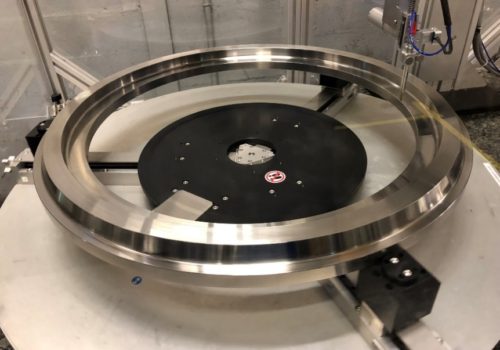 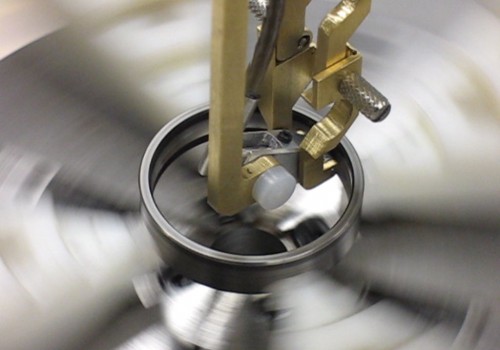 TecScan has developed an Automated Eddy Current Inspection Solution with 3D scanning capabilities to overcome the above-mentioned challenges. The system is equipped with a turntable and a relatively small, high frequency eddy-current coil to scan selected or the whole disc surface. This Eddy Current inspection solution offers advanced software tools for part programming, importing 3D CAD drawings of the part, generating the scanning trajectories and completing the motion-controlled inspection scans. During testing, the turntable rotates the bearing or fan disc, while the probe is being moved in the 3D space while maintaining constant lift-off and perpendicularity with the tested surface until the automated inspection is finished. Turntable rotation speed is continuously adjusted to maintain a constant linear scanning speed on the surface depending on the radial position of the probe on the surface. During this operation, the system records the eddy current signals for scan analysis and reporting.

The scanner axes (Z, Y, G and Turn table) as well as the turn table centering mechanism are all highly accurate and repeatable and this allows for advanced software features such as; return on defect, constant linear inspection speeds, inspection optimized for probe squint angle, etc. The gimbal manipulator is equipped with 2 encoders that monitor position as well as probe lift off ensuring that the Eddy Current signal is constant throughout the entire inspection.

To increase the systems flexibility, part geometry can be thought using the handheld pendant or from an imported CAD file. In both cases the part profile can be saved and recalled. Integrated calibration standards allow the operator to run the standard without removing the part being inspected. 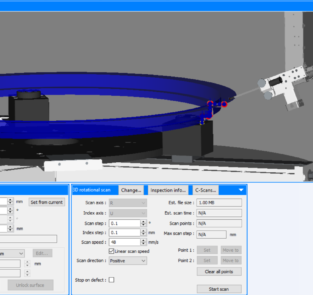 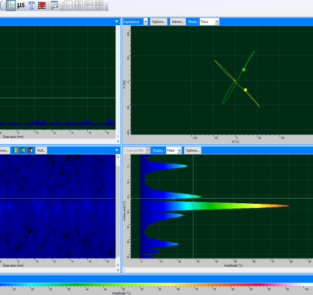 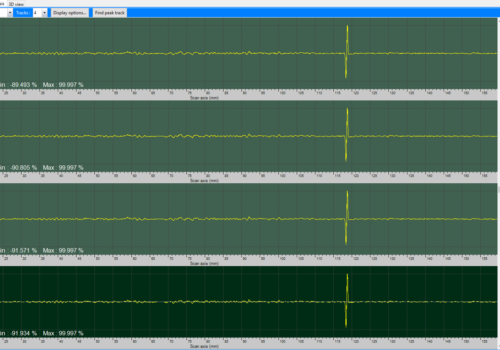